Main issues in the development of intelligent industrial robots

In the area of industrial robots one can distinguish between two main problems: (i) robots operating in a free working space, as in the case of robotic welding, painting, or laser and plasma cutting and (ii) robots performing compliance tasks, as in the case of assembling, finishing of metal surfaces and polishing. When the robotic manipulator operates in a free environment then kinematic and dynamic analysis provide the means for designing a control law that will move appropriately the robot's end effector and will enable the completion of the scheduled tasks. In the case of compliance tasks, the objective is not only to control the end effector's position but also to regulate the force developed due to contact with the processed surface. Research in this field will aim at going beyond established approaches for simultaneous position and force control of robotic manipulators which were initially designed for rigid-link robots and which were subsequently extended to flexible-link robots. 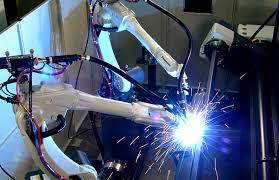 The design of intelligent industrial robots requires the synergism of several research areas, such as control, estimation and sensor fusion, fault diagnosis, optimization and machine intelligence. Incorporating intelligence in industrial robotics, can help to improve safety, to reduce the transportations cost and also to provide faster and more reliable transportation services. This need has resulted in the rapid development of modeling and control methods for industrial robots, of fault detection and isolation methods for the prevention of critical situations in transportation systems, of optimization methods aiming at a more profitable operation of manufacturing systems and of machine intelligence methods aiming at reducing the probability of human error in industrial production.

Intelligence for industrial systems is characterized by two main features: (i) learning and (ii) uncertainty handling. Learning indicates the capability of the industrial system to adapt its behavior according to operating conditions and to accumulate information from sensor inputs so as to make its functioning more efficient. Learning can be succeeded by gradient-based algorithms (neural and adaptive fuzzy systems, automata networks and intelligent agents) or gradient-free algorithms (evolutionary and particle methods). Uncertainty handling is also important for successful operation of industrial systems since precise mathematical models are in several cases intractable or the modeling procedure is on its own too complicated. Stochastic modeling can be performed in terms of possibilistic or probabilistic models and stochastic estimation algorithms. 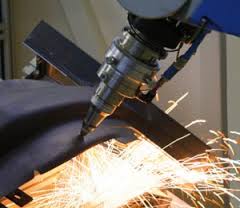